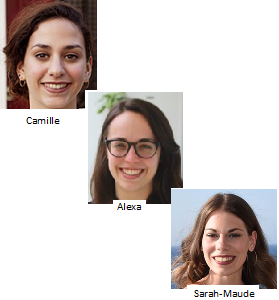 Abstract: The majority of people can easily track the beat of simple and complex auditory sequences (e.g., a metronome or music) and move along with it. There is growing evidence that these rhythmic abilities are impaired in children with neurodevelopmental disorders, such as developmental dyslexia or ADHD. Rhythm impairments are shown with a variety of perceptual and sensorimotor measures. However, due to the heterogeneity across measures, it is unclear whether rhythmic difficulties are per se a hallmark of a particular disorder or rather the result of a common cognitive deficit in memory, attention, or executive functions. In this study, to test the possibility that profiles of rhythmic abilities might characterize neurodevelopmental disorders, we analyzed a large sample of children with neurodevelopmental disorders who underwent the same rhythmic tests.  Children (n = 50 with ADHD or dyslexia; n = 40 controls) were tested with the Battery for the Assessment of Auditory Sensorimotor and Timing Abilities (BAASTA), a battery assessing perceptual and sensorimotor timing abilities. We found that rhythm perception does not discriminate ADHD children from dyslexics. In contrast, ADHD children display higher motor variability than children with dyslexia and controls, as well as higher variability in synchronization, especially when ADHD children have DCD (developmental coordination disorder) comorbidity. These differences persist when controlling for children’s general cognitive functioning. These results will pave the way to new methods for identifying different rhythmic profiles in children with neurodevelopmental disorders and for developing individualized rhythm-based interventions.

Short Bio: I am a first year Ph.D. student in clinical neuropsychology at Université du Québec à Montréal (UQAM). My research focuses on autism spectrum disorders and restricted interests, under the supervision of Dr. Isabelle Soulières. My previous research, as part of my Master’s under the supervision of Dr. Krista Hyde and Dr. Simona Brambati, Université de Montréal, was aimed at understanding sensory processing in neurodevelopmental disorders, such as autism and dyslexia. During my undergraduate studies at McGill University, I also took part in different research projects on social cognition and empathy. My goal is to gain a better understanding of neurodevelopmental disorders and to participate in guiding future neuropsychological interventions.

Abstract: Sensorimotor skills are often reported as atypical in people with autism spectrum disorder (ASD), but little is known about how these skills vary with development. The main objective of this thesis was to conduct a comprehensive quantitative meta-analysis of sensorimotor skills in ASD. The specific aim was to assess the consistency of atypical gross and fine sensorimotor behaviours in ASD. A total of 139 studies were included. Results strongly support the presence of deficits in overall sensorimotor abilities in ASD (k=127, g=1.25, SE=0.08, p <0.001), extended to both fine (k=81 , g=1.11, SE = 0.09, p <0.001) and gross sensorimotor skills (k=65, g=1.27, SE=0.10, p <0.001). The ultimate mission of this research is to support a theoretical groundwork for future sensorimotor-based interventions (e.g., music and dance) in ASD.

Short Bio: I am a doctoral student in clinical neuropsychology at the University of Montreal supervised by Dr. Elaine de Guise. I did my Bachelor’s degree at Laval University in Quebec City and my Master’s degree with Dr. Krista Hyde and Simona Brambati at the University of Montreal. I am interested in neurodevelopmental disorders and neurocognitive deficits. The focus of my project during my Master’s degree was on the sensory and sensorimotor deficits in an autism population.